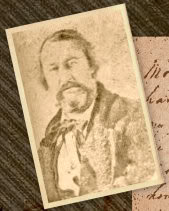 James Madison Hall was born in Baltimore, Maryland February 19, 1819. He came to Texas with his father when he was sixteen years old, and he settled on the Elkhart Creek in Houston County with his father Joshua James Hall in 1835.


He served in the Mexican War of 1846, according to the records of Captain John L. Hall's Company of Houston County. James was a man of many talents and he had many different professions.


In Houston County he served as a District Clerk, and a Deputy Tax Collector. He was a merchant, a miller, a farmer and a land surveyor.


James Madison wrote a daily journal for the entire five year period of the Civil War. A copy of this Journal was made and presented to the Houston County Historical Library Collection by a great-nephew, Robert L. Hall.


In this journal, the daily events of James are written with many of the names of the early settlers of Houston County. The high prices of goods are mentioned; for example, one ounce of quinine was made for $300.00.


He writes that on December 31, 1863, they were ... experiencing the coldest day of his twenty-eight years since he had been in Texas, that the Mill Pond had been frozen over.


He writes, May 24, 1865 ... General E. K. Smith surrendered to General Canley of Trans-Mississippi Department. The war is over, it is all over.


James Madison Hall went to Liberty, Texas on family and personal business from Hall's Bluff. He lived there the last few years of his life. He was the first mayor of that city and he died there September 12, 1866. 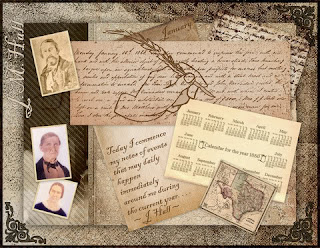 This image is from an article about J.M. Hall and his Journal
as featured in the digital magazine, Shades of the Departed.

Shades of the Departed

Christmas Day Thru the Years

I Heard the Bells on Christmas Day

In the year 1860, James Madison Hall sat down to pen a few lines in a journal, and thus began a project that would continue on an almost daily basis until his death almost 7 years later. On the 150th anniversary of the beginning of that journey -- 16th January 2010 -- J.M. Hall's writings began appearing on this blog on a daily basis.